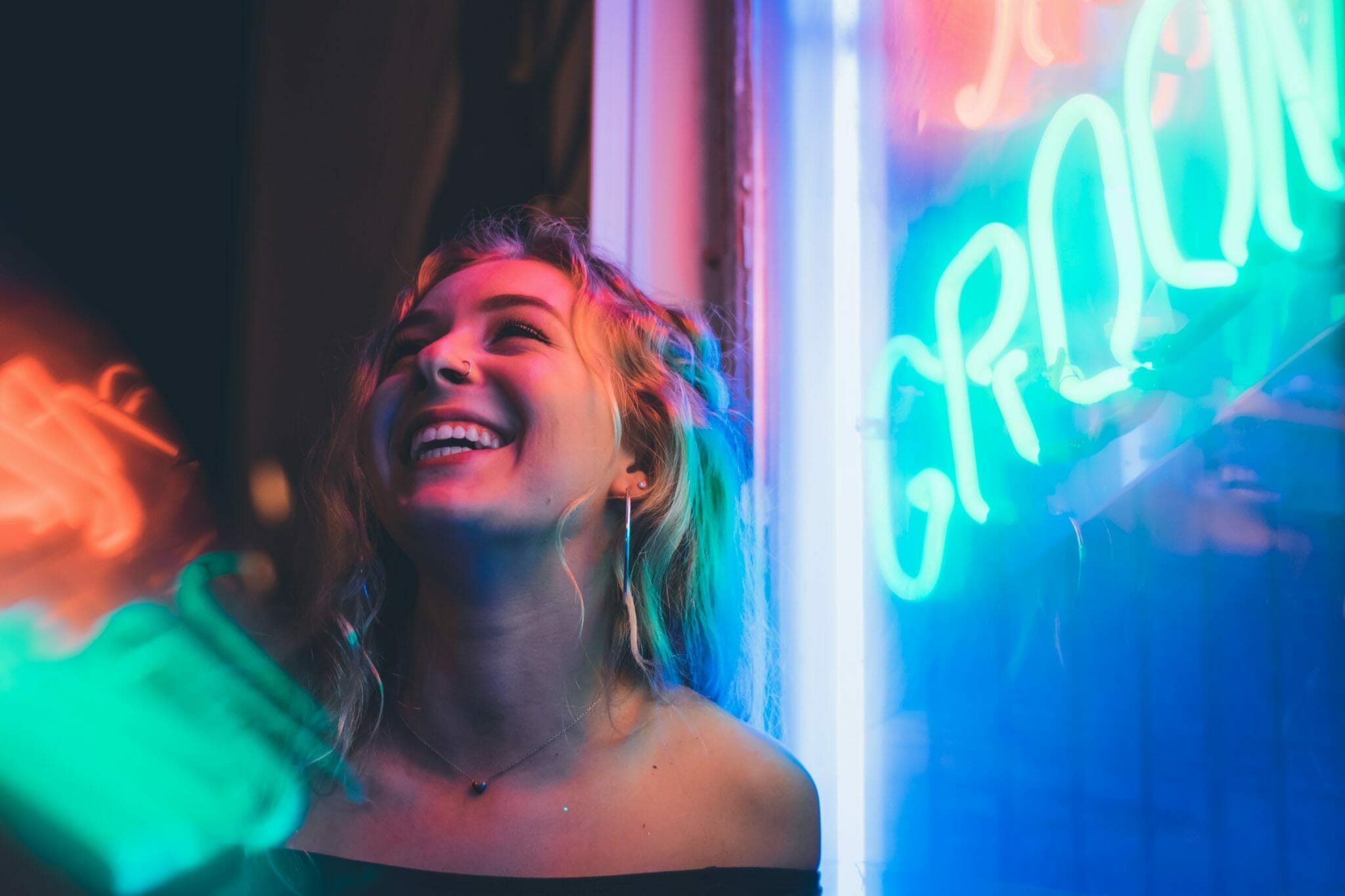 Perhaps you’ve been curious about what all goes into being a stripper. Maybe a friend suggested to you that you ‘give it a try.’ Whatever the case may be, becoming a stripper is no easy feat, takes a lot of time and money upfront and should be approached with a clear understanding of what all stripping actually entails.

As a pole instructor who occasionally advertises my private lessons, I constantly get hit up by young women (18-21 specifically) who want to learn pole so they can be a stripper. They have never been to a strip club before, met a stripper or bought a pair of pleasers. They think it is just ‘easy money’ and all they have to do is ‘take off their clothes and dance on a pole.’ To be fair, it is good money (not necessarily easy) and more is involved than just nudity. A lot more. Let me explain.

Start at the beginning and do your research!

So, let’s say you’ve taken a leap of faith, have a few hundred dollars to spare, and have some understanding of pole dancing. The first thing you need to do is find out if a permit is required to work at the club you are interested in working at. I STRONGLY recommend you visit multiple clubs before deciding which one(s) you want to apply to. Not all clubs require a permit and permitting laws vary by state and city. When you visit the club you’re interested in working at, try to talk to some of the girls that work there. Ask them how they like working there. What kind of audition was involved? Auditions vary also by club and/or the manager or house mom. Whomever does the hiring can also vary. Also, do your own research about the clubs themselves. Some clubs are mixed, some clubs are predominantly urban clubs. Some clubs aren’t full nude and some are. Again these things vary by city and state.

Once you’ve decided on a few that you want to audition for, you also need to be prepared to face rejection. If you’ve never stripped before, you may not get hired at the first place you walk into, especially if you don’t know anyone else who works there. If a permit is required before you can audition, make sure you have taken care of that first. Sometimes clubs will not let you audition unless you already have a permit. If a permit is not required until after you’ve been hired, you can go directly to the club. Come dressed in street clothing and bring a bag with makeup, your shoes and the outfit you want to audition in. Your outfit should be something that is easy to take on and off without assistance. Additionally, find out prior to going what times the club is open. I’d recommend going within the first hour or two of opening, for day shift, or between 8-10pm if seeking a night shift. Again, if you’ve never stripped before the chance of getting hired for night shift is a lot lower, but if you feel strong as a performer, you have a higher chance. Once you arrive, ask the person working the door to speak to a manager about auditioning. If the manager isn’t there, ask when you can come back. The dude (it’s usually a guy) at the door may say they’re not currently hiring. Or the manager might say that as well. Don’t be discouraged. There is probably another club you can try!

Once you are granted an audition, you will probably be led into the dressing room of the club and probably see the other girls who work there. You can also ask them about their experiences working there while you get ready. Depending on how busy the club is at the time, you may have to wait a minute to audition. Sometimes there might be multiple girls waiting to audition so just be patient and wait your turn. It’s probably best to go on a day when you don’t have anything else planned. You will have to wait and also if they hire you, they may ask you to stay and work that same shift. When it’s actually time for you to audition, take a deep breath and try not to be too nervous! Again, depending on how much time the manager or house mom has, you will be given anywhere from one to three songs to audition. They will usually let you know how many and ask what kind of music you want to dance to. Pick music you know and can dance to that will help you! Also, be prepared to strip! Usually during the second song you’ll take off your top and by the third song you’ll be fully nude, unless if it’s condensed to fewer songs. Be sure to try to engage the audience, if there is one. People will also be able to tip you while you’re auditioning. Thank anyone who tips you with a smile and keep on dancing. If anyone asks to see you once you’re done, politely tell them you’re auditioning, and you will let them know the outcome once you do!

Once your audition is over, the manager or house mom will let you know immediately if you’ve been hired. If they say no, it is okay to ask for constructive criticism. Let them know this is your first audition. They MAY hire you just for day shift or on a trial basis. If they still say no, thank them for their time and move on to the next one. If they do hire you, be prepared to stay and work the rest of the shift. They will probably take you back to the dressing room and give you some paperwork to fill out and/or to take with you to the permit office.

If you’ve been invited to stay and got hired, congratulations! The house mom will probably explain to you some basics as to how the club works. Regardless of where you get hired, there will ALWAYS be some sort of tip out. Tip out is basically the salary of the other people who work there – house moms, managers, bouncers, DJs, bathroom moms, parking guys, etc. If that sounds like a lot, trust me, it is. Depending on what shift you get hired for and what club, your tip out could range anywhere from $15 to upwards of $200. No joke. Sometimes if it is a big event, the tip out may be even higher. Think of it as like being a waitress and tipping out the bussers, dishwashers and hosts/hostesses at the end of every shift. Oh, and some clubs require you to take a breathalyzer before you can leave at the end of your shift. Blowing for the breathalyzer may also cost a buck or two. If paying all these different people and potentially having to take a breathalyzer before you leave every day doesn’t sound fun, it’s not but these people are also there to help you. Additionally, it’s always nice to throw some of them that you like a few extra bucks if they helped you out that day or if you made a lot of money and are feeling generous. Trust me, they will appreciate and remember it.

Your First Day at Work!

Once you’re ready to work your first day, be prepared to work around 8 hours. The setup at every club is different but mostly all of them have a stage. You will probably go into a rotation as to when you go on stage. The DJ will probably ask what music you want to dance to. If you’re over 21, you are allowed to drink at the club but keep in mind, you may have to blow before you leave AND be sober enough to drive home. If the club thinks you are not okay to drive home, they won’t let you leave until you are or arrange for a ride. When you’re not on stage, that is your time to make a majority of your money. I know that probably sounds different than what you imagine, but stage money can always be hit or miss. When you are walking the floor, that is your time to scope out customers for lap dances and VIP sessions. At a majority of clubs I’ve been to, lap dances are around $10 and VIP sessions can potentially start at 15 minutes and go for hours (yes literally hours).

Lap dance and VIP rules also can vary by club. Also, when and how to approach a customer can vary. As a general rule, don’t engage a customer another girl is already talking to unless you’ve been invited by one or both of them to join. It is usually a good idea to try to talk to a customer for a song or two to build rapport before asking if they’d like a dance. ‘Touching’ rules vary by club. It is important that you know what they are, as well as the customer, so neither of you get in trouble. Some clubs allow customers to ‘grope’ and others don’t. You need to know that no matter what the rules are, dudes will inevitably try to grab you—everywhere. Depending on club rules, your relationship with the person, and your own personal comfort level, you can address these things as you see fit. If someone repeatedly tries to touch you, especially down there, that’s not okay and you need to let them know. You can be polite and playful about it by simply moving their hands and arms or just letting them know it’s not allowed. You can also tell a bouncer or manager if the problems escalates beyond your control.

Stay tuned for next week and part 2!

Got more questions? Come to our popular sex worker panel at #polecon2019! Buy your ticket now.

“So, Like, Are You A Stripper?”: A Pole Dancers Guide To A Very Common Question

“So, like, are you a stripper?” I conducted a survey for a talk I did…

Pole Dance Your Way to a Toned Body