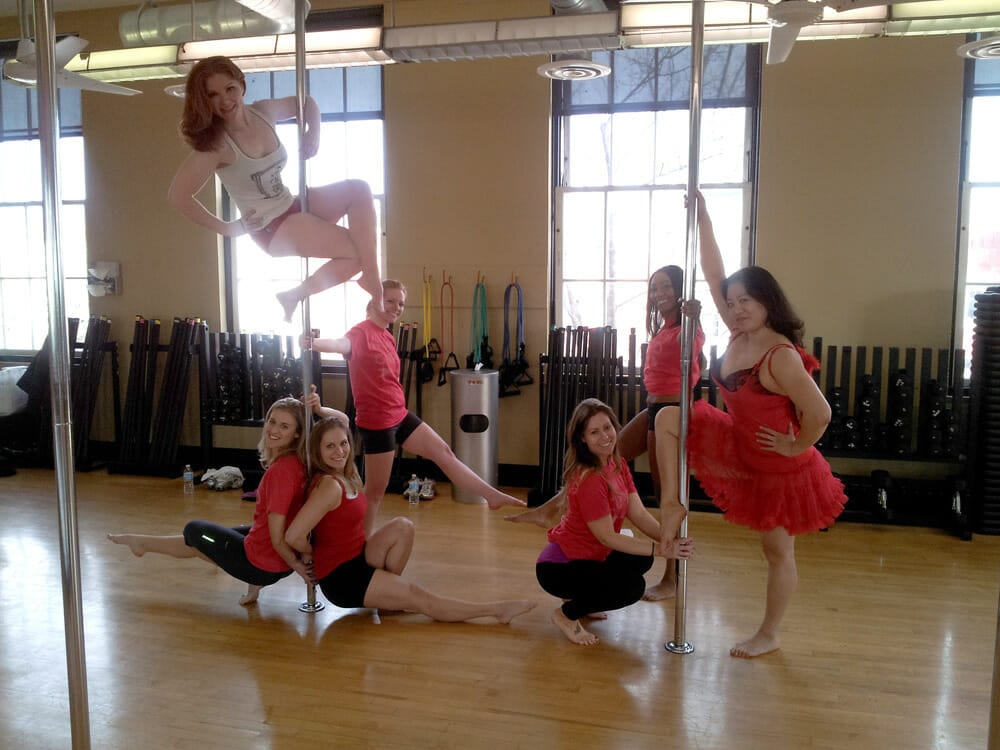 I have had a few Pole friends wonder if Pole is just another fitness fad which will eventually go the way of Tae Bo or Jazzercise.  Every time the topic has come up we have laughed (somewhat nervously) and made the obligatory Billy Blanks jokes.

We all know about the Pole “stigma” because we have all experienced the smirks and raised eyebrows from friends and family when we tell them we pole.  People hear Pole Dancing and make a lot of interesting and often incorrect assumptions.  I put “stigma” in quotes because many of us have also benefited from these same assumptions.  I remember meeting two lovely women from Arizona in West Palm Beach, Florida during Pole Con 2013.  They had rented a car, and after they told the rental agent why they were in town, he immediately upgraded them to a larger, nicer vehicle at no extra charge.

But the reason why that rental agent upgraded the car is the same reason why many of us may not be so comfortable discussing our hobby with some of our co-workers or family members.  Quite simply, those outside the pole community equate Pole with bedroom excitement, specifically something that women (and only women) do to titillate men.  This is why we cannot casually say to colleagues, “Hey, want to come to Pole Dancing class after work?” the way folks in the 90s could say, “Grandma, let’s go to Tae Bo tonight.”  As a result, we cannot spread word of our exercise method nearly so quickly and easily as our friends who run or lift weights.  In fact, many of us do not discuss Pole at all with certain people and dance under pseudonyms.  When was the last time one of your triathlete friends competed under a fake name?

Certain perceptions about pole also mean that for some, going to that first class means seriously traveling outside their comfort zones.  There is a barrier that many have to overcome before they can even sign-up and then actually show-up to that first Pole Dancing class.  This is a lot harder to do than going to a Spin studio, attending a yoga class, or strolling into Tae Bo back in the day.

Those who can get past the barriers and make their way to pole class quickly learn that while pole dance moves are pretty, pole bruises and pole calluses are not.  And anything that leaves that many abrasions and marks on your body is going to hurt.  Further, the bruises never stop.  When one heals, another one quickly appears.  A lot of people opt not to return to another class when they realize how painful Pole can be or when they learn their skin needs to be dry and ashy in order to stick to that shiny, cylindrical device.  Most exercise methods are marketed as ways to make those who do them look better.  Calluses, bruises, and ashy skin are not associated with beauty.  It is very difficult for any activity that is both painful and skin-damaging to be “widely shared.”  You can moisturize your skin while doing Tae Bo, and Billy Blanks never told you to kill any nerve endings in your elbows or knee pits.

We all have that one pole friend who gets every move on the first try.  But most of us spend hours, weeks, and months trying to get certain moves.  Sometimes it’s because we need to work on getting stronger or more flexible.  Or we just cannot find that perfect spot on our gluteal fold to get into Violator.  Pole requires practice and a lot of it.  Most fitness fads attract new participants and hold onto them for a little while because the activity is fun and not that difficult.  People see immediate success which makes them feel good, and they return to class to experience that again.  But after a while, the feeling goes away because the challenge is gone.  How much practice was really required for Tae Bo?  Did a Tae Bo student get the same rush and feeling of accomplishment after nailing an air kick as we get after mastering a Pole Trick?  Probably not because the air kick did not take nearly so much effort to learn.

While pole dancing is steadily growing, it cannot be a fad because it will never attract droves of people looking for the next new thing to “get fit” effortlessly; it is too “risqué” and painful.  But those who do Pole will not abandon it easily because it is so challenging.  This is why we will not see Pole in the forgotten dustbin of fitness DVDs.  So relax my fellow Poler Bears; Pole Dancing isn’t going anywhere.

Susan Kim lives in Washington, DC where she is only working as a lawyer to pay her way through Pole Dancing school.

How to Create Your Own Signature Tricks

My students often ask me how I come up with my own tricks and combos.…

How to combat your Post-Pole Con blues

Many polers experience significant downtime after a large pole event like Pole Con. It's almost…

A couple months ago I was attempting a new trick on the lyra by myself.…