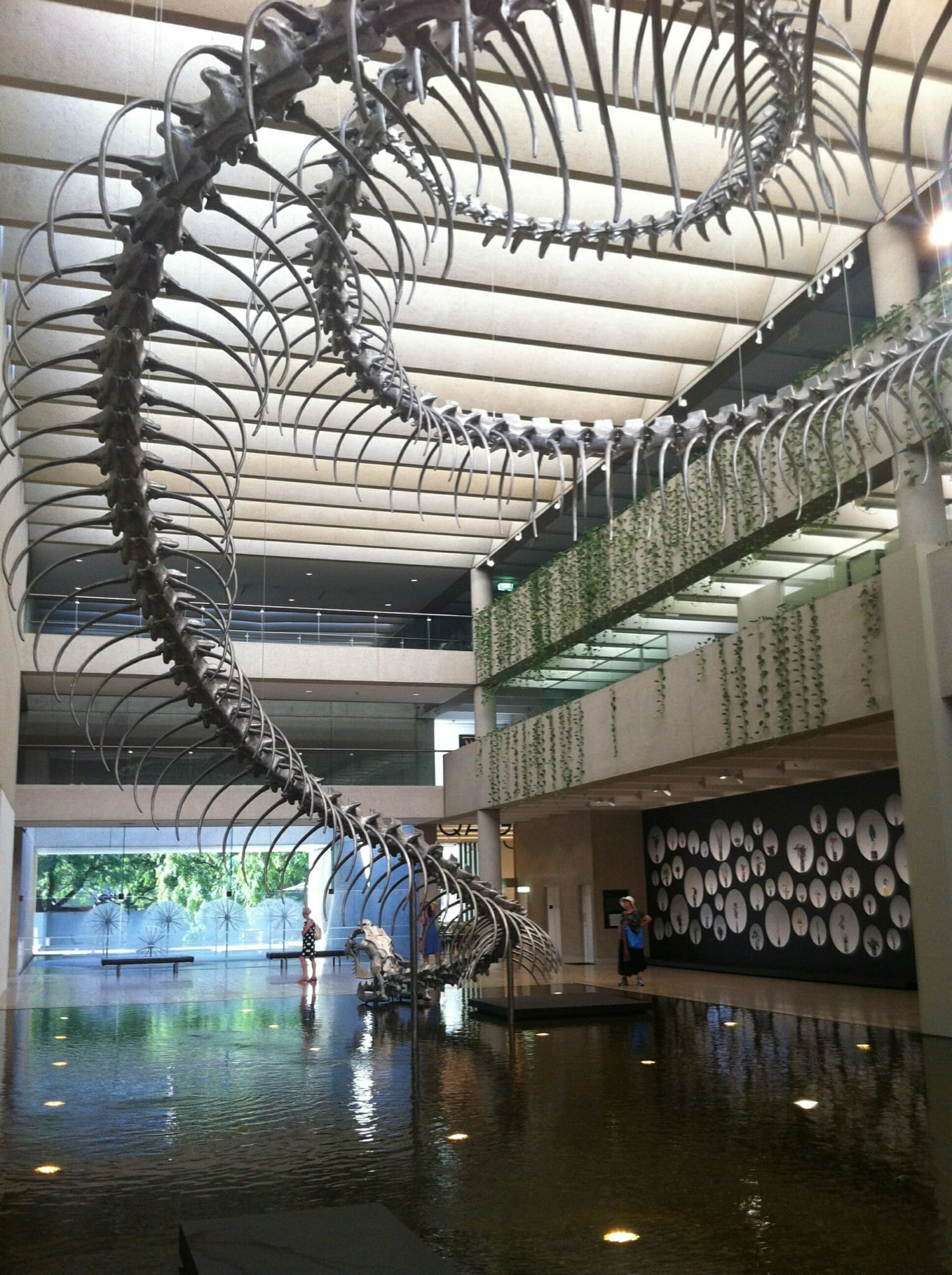 At the age of 10, I was checked for scoliosis in a routine public-school screening for 5th graders. It was determined that I had begun developing a fairly balanced backward S curve in my spine. The upper part of my back had a curve of about 36 degrees to the right, and the curve in the lower part of my back was about 28 degrees to the left. I was referred to a spinal orthopedic specialist and began a monitoring process where every 6 months my parents and I would drive the 90 minutes to the orthopedic specialists, get an x-ray, get my curves measured, determine whether my scoliosis was worsening, and prepare to take measures to prevent deepening of the curves. Such measures ranged from compression braces to possible spinal surgery, none of which sounded appealing to any of us. This process continued every six months until I turned 16. At that time, the Dr. concluded that I was past the danger zone. I was almost done growing, and I shouldn’t have any negative effects from the scoliosis other than potentially some back pain upon growing older, and perhaps some pain should I choose one day to get pregnant. My parents and I were very happy about this news, and I pretty much didn’t think about my scoliosis for several years. Not until I began pole dancing 7 years later did I end up having any scoliosis-related pain.

When I began pole dancing, as you might guess, I developed a really strong back. But along with that strength also came muscle stress and pain. Because the curve in the upper part of my back compressed my erector spinae muscles (the muscles that run straight up and down, parallel to the spine, which help you to stand up straight) into my right scapula, I developed a constant, deep dull pain in the upper-right quadrant of my back. It let up somewhat when I sat or laid down, but it was incredibly painful and pretty consistent anytime I spent any time on my feet. I decided to visit a sports medicine doctor at my university, but was very disappointed when she only prescribed me muscle relaxers. She didn’t suggest any physical therapy or body work, and I knew that with my lifestyle, taking muscle relaxers just wasn’t going to work. I decided to take matters into my own hands and invested in a membership at Massage Envy. I found a wonderful massage therapist named Lisa, and I got at least 2 deep tissue massages from her per week for about 6 months. Still, the effects of the massage never lasted more than a few hours, and the pain never ceased. I was getting very depressed and eating lots of Ibuprofen, when my friend suggested that I try Rolfing.

I had heard of Rolfing before, but all I knew of it was that it was a super-intense, fairly uncomfortable massage-like process that most folks found too painful to bare. What I came to understand is that Rolfing, named after founder Ida P. Rolf, is also known as myofascial release, or manipulation of the fascia (connective tissue) to allow for freedom and mobility in muscle groups. If you’ve ever grilled a steak or a rack of babyback ribs, then you’ve seen the thin, white tissue that connects the meat of the muscle to the bone. This white tissue is fascia, a very malleable tissue which, when muscles experience trauma or inflammation, can produce pressures of up to 2000 pounds per square inch on muscle groups. These types of injuries do not show up on x-rays and CAT scans, and are therefor difficult to diagnose and treat. Rolfing applies sustained pressure to the facilitate the release of the fascia. I decided that all of this made sense to me, so I made my first appointment with a Certified Advanced Rolfer.

I was told to wear full coverage underwear to the appointment, as the Rolfer, Brian, would want me to stand in front of him and do a series of mobility tests, like bending all the way forward, bending sideways and turning my neck at severe angles. Then I was asked to lay on my back on the Rolfing table, a contoured table with egg-crate foam-mattress covering which was incredibly comfortable. Brian then put his left hand under my left knee, and his right hand under my left scapula. He began directing me through a series of movements designed to help him reach beyond my initial layer of superficial muscles, to the deeply-embedded fascia. I was told to turn my head, wiggle my big toe, or press my knee into the table. Each time I performed the requested movement, I could feel strange changes in that side of my body. I could definitely tell that spinal pressure was being released, but I couldn’t really figure out what was happening. After about 15 minutes of this interactive massage, Brian moved to my feet. He pulled down on my feet so that my spine was sort of stretched out. It was at this point that I realized that my right foot was sitting directly on top of my left foot, as if my left leg had just grown two inches in length, and my right leg wasn’t keeping up. It is a very strange feeling to see your legs be so uneven in length! Brian of course repeated this same process on my right side, so that I was equally lengthened on both sides. He performed this technique twice for each side of my body, and when I rose to stand after the treatment, I was literally 2 inches taller than when I had entered his office. He had lengthened and mobilized my soft tissue to the point that I was 2 inches taller. I was baffled and amazed! He explained that of course, over the period of the next few hours, gravity would once more compress my soft tissues and I would be 5’7″ again by the end of the day.

Although I knew that was inevitable that I would shrink back down, I couldn’t help leave his office with a sense of euphoria, feeling 25lbs lighter with barely any compression in my spine or soreness in my muscles. Brian explained to me that Rolfing is centered on what’s called the “10 Series”, a therapeutic formula based on three specific focuses: Sessions 1-3 loosen and balance connective tissue, Sessions 4-7 focus on balancing the core of the body, and Sessions 8-10, the “integrative sessions”, allow the Rolfer to customize treatment based on the patient’s individual needs and reaction to previous treatment.

I was immediately addicted. Over the course of the next 18 months, I would visit Brian every 10 days to 6 weeks, depending on my varying levels of pain and discomfort, and also depending on my budget (each 75-90 minute session costs $100-$125). The compression that I felt for years and years, the pain that I dealt with due to my scoliosis, was slowly melting away. I no longer needed to visit a deep tissue massage therapist at all. I was able to stop taking Ibuprofen. I could feel other changes as well, in my hips and knees. I was walking taller and had more energy. Eventually, I no longer needed to visit Brian on a regular basis. I would go in for what he called a “tune-up”, then I would feel great!

It’s been 3 years since my last session with Brian, and I am still thrilled with the results. When I first began treatment, Brian explained to me that Rolfing is like getting framework done on your car, and that massage therapy is like getting an oil change for your car. Framework is permanent and structural, and an oil change is constant maintenance. He was right. Rolfing realigned my frame and eliminated my pain. Sometimes the treatment was somewhat painful, and I understand that it may not be right for everyone. But hardcore bodies need hardcore treatment, and for me, Rolfing was a life-changing discovery.

Sophie Murphy is creator and partner at S&S Productions, the largest producer of Pole and Aerial events in Texas.She has most recently produced and emceed at "New Year's Eve at The Austin Music Hall: An Aerial Spectacular", "The Texas Aerial Festival", "The Capital of Texas Aerial Championships 2013, 2014, 2015", "Fetish: A Valentine's Tryst", "Nymphs of Avalon", "The Sexy Swan Dive Series", "High Heels & Steel", "Cherry Bomb!", "EL-Love-Ation", and many more.She was the Studio Director at Brass Ovaries in Austin, TX, for over 3 years, and was a master instructor for over 6 years.She is X-Pert and BUTI certified.She is currently a freelance instructor in both Austin, TX and Albuquerque, NM.She has headlined at numerous events all over Texas, including five years of feature performances at Zombie Ball at The ACL Moody Theater.This past Halloween she opened for Salt-n-Pepa, and she opened the 2014 Zombie Ball at The ACL Moody Theater, for The Neon Trees. She was a featured performer on NBC’s hit TV show Friday Night Lights, a featured dancer on HBO’s The Real L Word Season Premier for 4 seasons, was featured in HBO's "Perils in Nude Modeling", and has been praised not only for her performance accolades, but for her innate ability to produce flawless aerial events and wow a crowd on the mic. In her spare time she enjoys being mellow with her partner Shane and her two pups, Huxley the corgi and Beckett the heeler.She is thrilled to be involved with PoleCon for the 2nd year in a row.

Op Ed: Everybody wants to be a Pole Star

When I first began poling, I had probably never worn a high-heel more than four…

An Interview with Michula Nunez